Some functional subsystems on automobiles have evolved tremendously over the decades. Take fuel systems for example, their evolution from primitive carburetors to sophisticated electronic fuel injection systems represents major change. Steering wheels haven’t evolved quite as dramatically but there has been more change than most people realize. To start with, the first automobiles didn’t have steering wheels, they had tillers like boats do.  In this article, we will look at some of the history behind automotive steering wheels and you may find that this pedestrian automotive part is a little more interesting than you think. 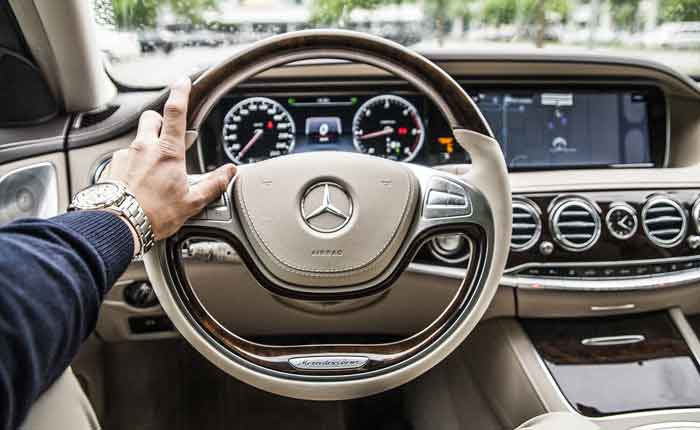 At first, there were tillers

In the late 1800s, when the first automobiles were built, there weren’t many machines that humans needed to steer. In fact, there were just boats. Think about it, horse-drawn carriages didn’t need steering, a pull on a horse’s bridle to one side or another was the way you changed direction. Humously, the folks at Lynch in Mukwonago, WI, a Chrysler, Dodge, Jeep, Ram dealer, point out that trains certainly didn’t need steering wheels either for rather obvious reasons. Small boats, on the other hand, needed to be steered so tiller handles connected to rudders was the technology used. Because this was so familiar, the technique was also used on early automobiles.

Then the steering wheel appeared

Just before the 1900s, European Manufacturers started to evolve away from tillers and started to experiment with steering wheels. In 1894, during the famous Paris-Rouen race, a Panhard was the first automobile to be outfitted with a steering wheel. This worked out so well that by 1898, all Panhard cars came equipped from the factory with steering wheels. By early 1900s, the concept had expanded to the US, where Packard introduced it on one of its 1901 model C cars. By the time the first Model Ts were coming down the assembly line (1908), steering wheels were standard in all cars made in the US.

The early days of power steering

However, steering a car was still not an easy task because most cars were rather heavy back in the old days. It wasn’t until the 1920s when experiments with “power steering” began. History credits Francis W. Davis, an automotive engineer, as the first to develop a power steering system. As soon as he had it fleshed out, Bendix Corporation signed a deal with Davis to build and promote the system to the automotive industry. By 1939, several prototype models of Davis’ hydraulic power system had been built for evaluation and General Motors bought two systems to fit into experimental Buicks. Then WWII broke out.

The war pushed power steering adoption into high gear. The driving force behind it was the US Military who wanted highly maneuverable tanks and trucks. By the end of the war, over 10,000 vehicles power steering equipped vehicles were roaming the battlefields worldwide. As soon as WWII ended, this new technology was quickly adopted by the US auto industry.

A platform for other controls

For decades, the only other role given to the steering wheel, besides steering the automobile, was that of a place to put the horn button. It was only in the 1960s that some carmakers began fitting steering wheels with other controls such as cruise controls and buttons to control automatic transmissions. In the early 1990s, when the advancements in in-car gadgetry really took off, buttons to control these “infotainment” devices were placed on steering wheels too. It will be interesting to see what the future brings.

Where to Buy Your First Pair of Winter Boots

How To Choose The Right Business To Pursue