You need to take action if rust starts to appear on your car. It means that the nasty process of corrosion has started and it isn’t going to stop unless you take action.  The good news is that rust can be stopped before it spreads. Whether you do it yourself or you get a body shop doesn’t really matter, it just should be attended to soon. In this article we will look at what you should know. Rust is the result of a chemical reaction between the elements iron and oxygen. When the two combine in the presence of water, the end result is iron oxide, also known as rust. Water can be in the form of rain or just relative humidity, so the dryer the climate you live in, the less rust you will experience. Unfortunately, most places in the United States experience rain at some point and some apply salt to their roads in the winter time.  Salt and water will cause cars to rust.

If you are going to keep the car and it’s starting to rust, you have four options: You can physically remove the rust; you can chemically remove it; you can convert it to an inert form; or you can seal it from water and oxygen

Physical – Physical removal of rust means removing the actual iron oxide. This means using something like sandpaper, grinding or sand blasting. Sandpaper is a good method and if you use a power tool it’s even easier. Grinders are great if you have a lot of rust on heavy metal (be sure and wear safety goggles!). Sand Blasting is messy but is a great way to completely eliminate the rust.

Chemical – You can use chemicals to remove rust. There are several products on the market that have Phosphoric Acid in them and they can be applied to the rust to eliminate it. Care should be taken when using these chemical rust removers as they are acids and can cause burns on your hands (wear gloves!). The advantage of using chemicals is that there is a lot less work involved, and the liquid can easily squeeze in to cracks and crevices where sandpaper and grinders won’t go.

Encapsulate – If you remove one component of the electro-chemical reaction, further rust cannot form. For example, if you can keep oxygen from getting to the base metal you can halt the rust process. Some rust sealers can be coated with paint and sanded for a smooth finish.

Conversion – Similar to encapsulating, rust converters seal off the rusty area from oxygen. The rust is chemically converted into a hard layer which does not allow the oxygen in the atmosphere to further react with the metal underneath. The nice part is that the rust converter chemical is usually water soluble and safer than using acids.

Of course, the best thing you can do is to prevent rust from forming in the first place. As the folks at Urse CDJR in White Hall, WV, a well-known Chrysler, Dodge, Jeep, Ram dealer point out, rust prevention or rust proofing involves interrupting the electro-chemical reaction before the rust can even form. Generally this means keeping water and oxygen out. The general methods are by: painting, undercoating or applying a rust Inhibitor. If you are buying a new car, discuss these options with your saleperson.

The Power of Air Conditioners in Making People Comfortable

Bedbugs in the Home? How to Tell and What to Do

How To Choose The Right Business To Pursue 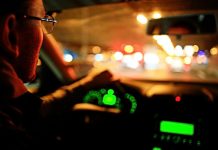